Hit enter to search or ESC to close

Access a wealth of market knowledge, years of experience, and an impressive network of Menapharm partners throughout the Middle East and Africa. There is no time to be at the wrong end of the learning curve…

Whilst the growth of the pharmaceutical markets in the western world slows, Menapharm is focused on markets generally perceived to be of higher risk, but with great potential reward. Risk is relative, and is significantly reduced by the experience Menapharm brings to its partners.

The predicted growth in the global pharmaceutical market between 2012 and 2021 is estimated at 26% (according to PROPARCO’s SP & D publication), but the African drug market could increase by 200% according to a realistic assumption, or by 300% according to an optimistic hypothesis within this same period. Based on African Pharmaceuticals Market Report of Frost and Sullivan of 2016, the pharmaceuticals market in Africa is expected to reach a business opportunity of $45 billion in 2020.

In the MENA region, pharma sales have reached an impressive $32 billion, with the Middle East accounting for $20.3 billion and North Africa for $10.7 billion. Saudi Arabia remains the biggest pharma market in the region according to 2017 sales numbers at $7.5bn, with Turkey ($6.9bn), Egypt ($3.4bn) and the UAE ($3.17bn). The GCC market (Gulf countries) alone continues to expand at a rapid pace and is expected to almost double from $13.9 billion in 2018 to $25.7bn in the next decade as urbanisation, an ageing population and chronic lifestyle-related diseases boost demand for pharmaceutical products. 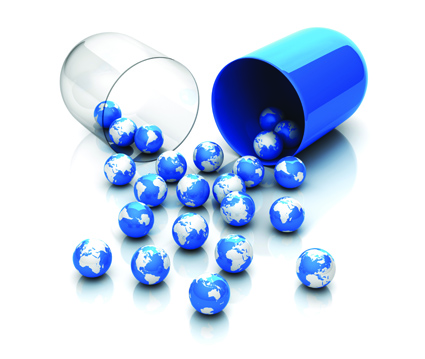 Your trusted Partner for the Middle East and African Pharmaceutical Markets